Chinese-backed developer JQZ has submitted $177.5 million plans for the next stage of Carter Street Precinct to Parramatta council.

A seven-storey commercial building, four-level basement, low rise apartments and three towers of up to 29-storeys are planned for the site opposite ANZ Stadium in Sydney Olympic Park. The new plans for 5 Uhrig Road, Lidcombe sit next to its triple-tower 561-apartment “Vivacity” development which is expected to be completed this year.

Architecture firm BVN designed both sites for JQZ, transforming the Lidcombe site from a light industrial warehouse and car park and ABC Consultants have been awarded the structural engineering contract for this project.

Demolition of the existing building was approved with the original 2016 application and the empty lots were used for stage one of the development and storage of construction materials and vehicles. The new towers proposed for the block exceed the height limit of the area by 42 metres in the eastern portion of the site, with the first tower reaching 94 metres, tower two 72 metres and tower three 62 metres. The existing Olympic Park Precinct on the east of the stadium has height limits of 30-storeys.

The Department of Planning and the Environment said that non-residential floor space needed to be increased from the planned 1,277sq m to 13,060 square metres. In response, JQZ increased the commercial ground floor area to 5,500 square metres. “It is our understanding from discussions with [department] that a minimum commercial gross floor area will not be imposed,” it stated. The Carter Street Precinct has been zoned for 5,500 new dwellings, a village centre and primary school.

The precinct masterplan is designed to improve connections between both Sydney Olympic Park and Parramatta CBD, and improve access to the M4 motorway. 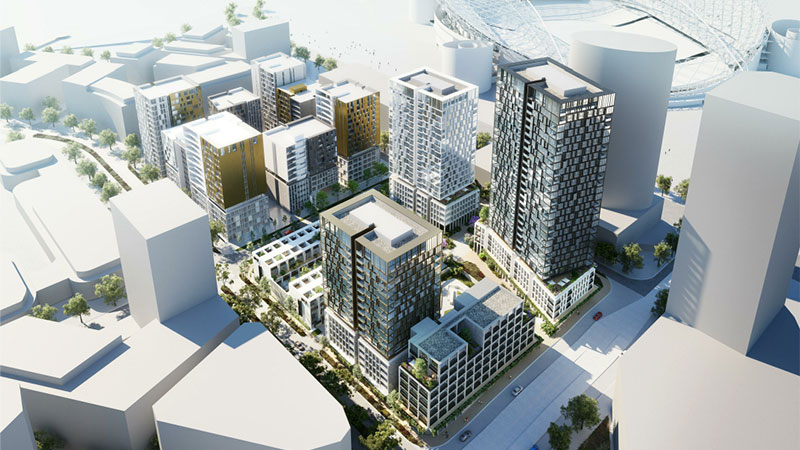 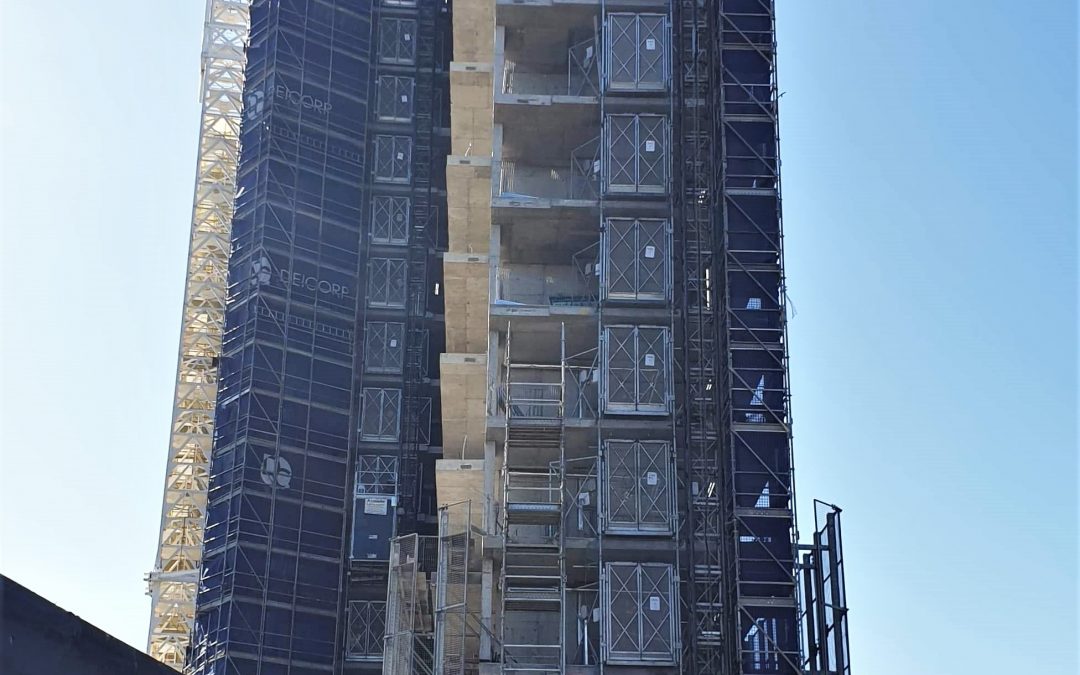 On track for completion very soon The Pemulwuy Project is the redevelopment of the land...